Stewardship as opposed to ownership

Greetings; my name is Tom Atiyeh and I am the first Chief Development Officer at the Conservation Biology Institute. My conservation journey began years ago when I was considering where I was going and pondering the concepts of land-stewardship as opposed to ownership.

“When we don't know where we're going, we need to stick together in case one of us gets there.” Ken Kesey

As a kid, I thought everyone’s grandpa had acres of big trees and mining claims. It wasn’t until I was in college at the University of Oregon that the responsibility of thousands of acres of old growth forest fell upon me and my dedicated group of friends. This low elevation, ancient forest has all phases of trees - up to 800 to 1000 years old. To quote Professor Jerry Franklin PhD. of the University of Washington, “I’ve seen bigger trees and older trees, but never so many big and old trees in one spot.”

My family owned it alright, but did we? The Kalapuya Native American tribe kept claiming it in treaties that were never ratified by any 19th century congress. White settlers staked mining claims first in 1859 at Oregon’s statehood. My grandfather consolidated hundreds of individual claims after WWI but passed away in 1972. 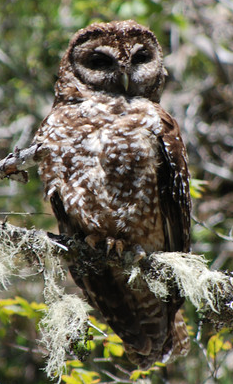 To hold off the loggers, my cousin George and I recapitalized the property; with the aid of one of our college friends, my family then sold it to the Twigg-Smiths, well-known land-stewards of Hawaii and the mainland. We enlisted the incredible human support of thousands of citizens to protest old-growth logging and demanded wilderness to save the Northern Spotted Owl (Strixoccidentalis).  It took many years and millions of dollars but by 1996 we had patented mining claims to swap with the US Government in return for designating the 35,000 acre Opal Creek Wilderness and Scenic Recreation. Thank you Oregon Senator Mark Hatfield!

At that moment we had a new responsibility: as the only “in-holder” we “owned” the 15 acre mining town of Jawbone Flats in a nonprofit organization, Friends of Opal Creek. Now, 16 years after the land swap, the Opal Creek Ancient Forest Center teaches the next generation of over 2,500 students per year about the environment and conservation. So we never did really own it, we were just stewards.

The same may be true of Conservation Biology Institute’s conservation mapping and data sharing application, Data Basin. Yes, CBI developed it but to make it successful and grow we are bringing in thousands of people to interact and contribute. By overlaying GIS data layers, Data Basin does to convoluted mapping systems what Microsoft’s Excel did to cumbersome, hand-generated spread sheets. Data Basin offers everyone the power to be their own citizen scientist, even me.

CBI really does know where we are going, and we are all getting there. But we don’t own it; we are stewards of information for the next wave of conservationists.

“When you’ve got something like we’ve got you can’t just sit on it and possess it, you’ve got to move off it and give it to other people. It only works if you bring other people into it.” Ken Kesey.

So what can you do today to invest in the future and play an important part in this conservation ownership? We need your financial and personal investment; please take a moment and donate to the Conservation Biology Institute, then tell your associates about Data Basin. 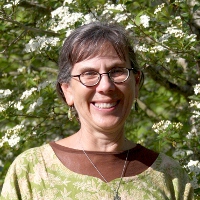