Discovery of a “lost” grass species

April 15, 2020 -- As far as is known, this is the first time Sphenopholis interrupta ssp. californica has been seen in more than 130 years, and it is the first occurrence in the United States. 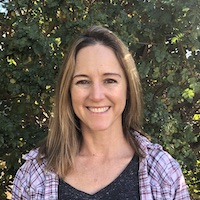 At this time of year, CBI’s Jessie Vinje (botanist) spends most of her days in the field for CBI’s rare plant monitoring work in San Diego County. Jessie and her colleague Margie Mulligan, San Diego Natural History Museum (SDNHM) Botany Department Associate, made a truly remarkable discovery on one such day in April. While monitoring a population of Acanthomintha ilicifolia (listed as endangered by California state and threatened at the federal level) in Carlsbad, California, Jessie came across an unfamiliar grass species. She shared her discovery with Margie who was also unfamiliar with the grass. Margie enlisted the help of Dr. Jon Rebman of the SDNHM who identified the plant as a presumed extinct grass species from the state of Baja California, Mexico, and never previously recorded in the United States. Dr. J. Travis Columbus (Ph.D., Research Scientist, California Botanic Garden and Professor of Botany, Claremont Graduate University), confirmed the definitive identification as Sphenopholis interrupta ssp. californica (Poaceae).

As it turns out, S. interrupta ssp. californica happens to be a “lost” species that Dr. Rebman had previously looked for in northern Baja California. The grass is known from only two locations in Baja California where it was last collected by Charles Orcutt in 1886.  He collected the type specimen between Colonet and San Quintín in northwestern Baja California and additional specimens from ‘Northern Baja California near the U.S. boundary’. The species eluded Dr. Rebman, who had searched for the grass on three separate occasions, but was unsuccessful because very little natural habitat remains in the original collection locations due to agriculture and urban development.

"This is a very exciting and important botanical discovery! Congratulations on finding this “lost” grass!”

As far as is known, this is the first time S. interrupta ssp. californica has been seen in more than 130 years, and it is the first occurrence in the United States. 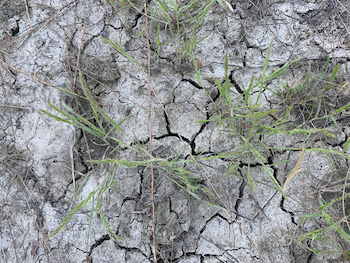 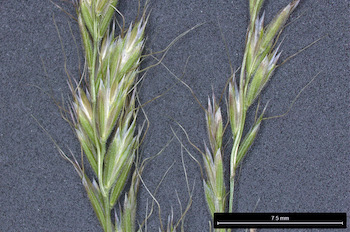 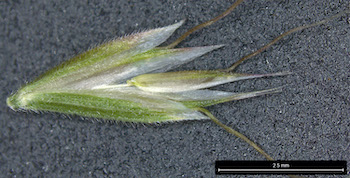 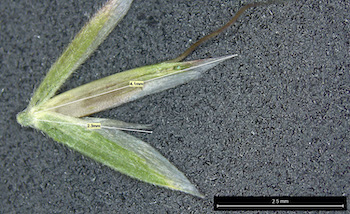 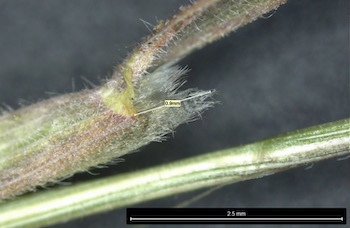 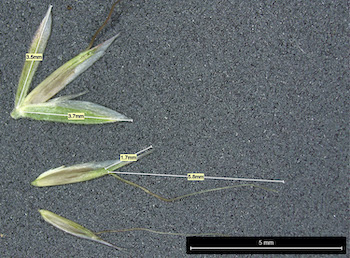 CBI and AECOM are coordinating and implementing a regional rare plant monitoring protocol to determine the current status for 27 highly restricted, rare plant species around the San Diego County region.