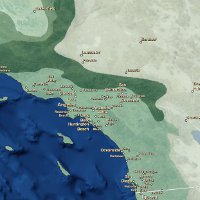 CBI conservation biologists Jerre Stallcup, Patricia Gordon-Reedy, and Jessie Vinje are working with the San Diego National Wildlife Refuge (NWR), U.S. Bureau of Land Management (BLM), and California Department of Fish and Wildlife (CDFW) to develop methods for restoring grasslands of historic ranchos in southern San Diego County.  Together, we will develop an adaptive management plan with the objective of replicating this process on other conserved lands in southern California.

In the early to mid-1990s the Otay-Sweetwater area of San Diego County was comprised mostly of large cattle ranches; these were formerly Mexican land grants established in the early 1800s. Because of their size, resources, and location near large public land holdings of BLM and CDFW, these properties were excellent candidates for acquisition as part of the San Diego Multiple Species Conservation Program (MSCP), a proactive and ecosystem-based conservation initiative launched in 1991 and continuing today. However, the properties also held special appeal to developers for many of the same reasons.

The San Diego NWR was thus born from unprecedented cooperation and partnership among local, state, and federal agencies, developers, and private conservation groups.  This area, where CBI is now working, lies within the largest expanse of undeveloped land in the MSCP planning area, supporting some of the last remaining coastal habitats of southern California.  Because of the concentration and global significance of its sensitive habitats and endangered species, and its high habitat integrity and proximity to other conserved lands, this unfragmented landscape is one of the highest priorities for conservation in California.

CBI used detailed habitat assessments and conceptual models to design cost-effective ways of controlling exotic grasses to benefit targeted grassland species (Otay tarplant, Quino checkerspot butterfly, and burrowing owl), testing different mechanical and chemical methods informed by past management practices.  We will restore native grasslands and forblands suitable for these and other rare species.  Coordination among land managers will allow us to conserve costs through economies of scale in contracting and implementing multi-year management actions with the objective of expanding the coverage of management actions based on the results of this project.