The National Tropical Botanical Garden has been collecting rare plant data in Hawai`i for over 40 years. When this information is paired with GIS technology, predictive indices can be created. Resulting predictive models indicate that native cliff habitats have a high probability for persisting populations of rare plant species. While this habitat type has been shown to provide endangered plants with refuge from invasive ungulates, surveying these areas has been difficult and treacherous... until now.

UAS (unmanned aircraft systems, a.k.a. drone technology) have provided a platform for in-depth inventory and monitoring of cliff habitat, while also allowing us to test the effectiveness of the predictive models. Preliminary studies and surveys have proved valuable for locating even plant species with small growth habits, including; Plantago princeps var. anomala (Plant Extinction Prevention Program), Euphorbia eleanoriae (Plant Extinction Prevention Program), Wilkesia hobdyi (Endangered). New discoveries using this technology have led to significant range expansions and increases in known population size and gene-pool diversity. The discoveries have also increased our knowledge of their habitat requirements, which will lead to improved management of the species. Using drone technology to monitor rare-plant populations will help in prioritizing collections efforts with the aim of creating ex situ conservation collections with the broadest genetic range possible, and to ensure that progeny are evolutionarily competitive in the context of 21st century conditions. 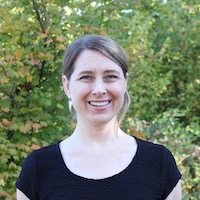