The availability and accessibility of accurate information increases the likelihood of efficient allocation of conservation resources to those areas that can maximize protection of biodiversity. This is especially true as conservationists respond to the complex and uncertain ecological changes triggered by climate change. To date, systematic conservation plans have been based on current patterns of biodiversity. However, climate-driven shifts in biomes, species, and ecosystem functions have the potential to make plans based on current patterns of biodiversity less effective. Conservation strategies that lack access to information on the location of areas that maximize resiliency, the methods for climate adaptation conservation planning as well as the pros and cons of the available approaches may misallocate resources by allowing key areas to remain unprotected.

CBI has built AdaptWest – Climate Adaptation Conservation Planning Database for Western North America powered by Data Basin in partnership with project Scientists Carlos Carroll, Josh Lawler and Scott Nielsen. AdaptWest will build on previous work such as the Yale Framework and Reed Noss’s three track approach to conservation planning (Noss and Cooperrider 1994) to provide a coherent  planning framework for climate adaptation conservation.  AdaptWest will include a comprehensive comparison and synthesis of the many planning approaches that have previously been developed, along with detailed explanation of the application of those methods to the majority of western North America. It will describe whether those conservation efforts are complementary or duplicative, develop a spatial database from the results of these analyses and provide users with integrative analyses and tools that can inform climate adaptation conservation planning and prioritization across much of western North America.

This project differs from previous studies in that it seeks to 1) compare a full spectrum of alternative methods over many contrasting regions, and 2) refine understanding of the conceptual relationship between the various methods and their practical relationship in the planning process. The results of this project, including physical habitat data, climate data, and species model based metrics and prioritizations as well as integrated priority mapping, will be available on Data Basin. 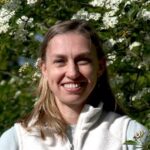 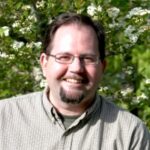