A Conversation with Jessie Vinje

In the fourth in a series of conversations between staff at Conservation Biology Institute, Jessie Vinje, Biologist at CBI, shares with Katie O'Connor, Freshwater Specialist, about the hunt for rare endemic plants, real conservation heroes, and helping children.

Describe your job in 5 words 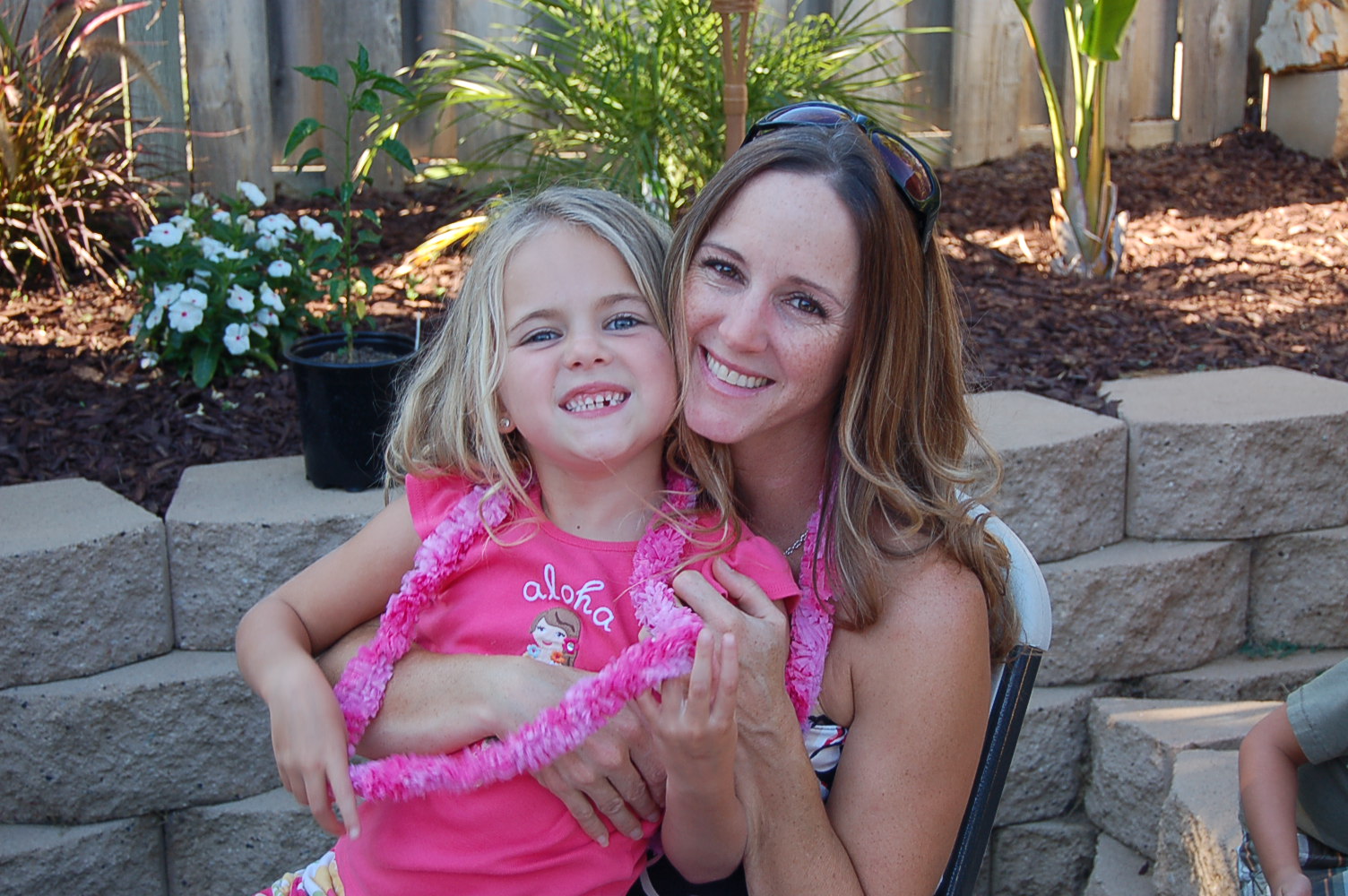 Those are pretty positive things to say about your job: satisfying and soul-nurturing.  What kinds of things in your job make you feel that way?

I guess first of all, it is working outside over being inside.  I feel better and happier when I’m outside.  There’s a portion of the job that requires me to be inside, but there’s also a large part of what I do that requires me to be outside.  Being in nature is very soul nurturing.  It’s also really exciting when I find a new threatened or endangered plant population. Or an endangered bird.  Or anything new.  I get to see and experience situations that many don’t.  Many people will never be able to experience the joy that comes with finding a new endangered species population.  On the flip side, it’s also very challenging to recommend and implement management actions that will help to recover endangered species.

Perhaps I should back up and ask you to describe what you do at CBI.  How do you get to be outside and find endangered populations?

I’m a field botanist, first and foremost.   I also do some wildlife biology survey work, but that’s a lesser component of my job.  We perform work for various land managers in San Diego County; entities or groups that own or manage open space.  We conduct surveys and implement research and restoration projects on conserved open space, usually to benefit a listed plant species.  We also recommend management actions for listed plant species based on predefined goals,objectives, and identified threats to these species.

What led you to where you are in your career?

(Laughing).  A lot of hard work.  (Laughing).   Lots of long hours over an almost 20 year career.  I started working with the federal government, at the BLM, and then from there went to the private sector and then after that I became a land manager.  And then ended up working for CBI.  The combination of hard work, a good education, and my previous work experience led me to CBI.

Any one of those specific employers that you want to highlight as an interesting period of time that you feel really catapulted you to where you are at? 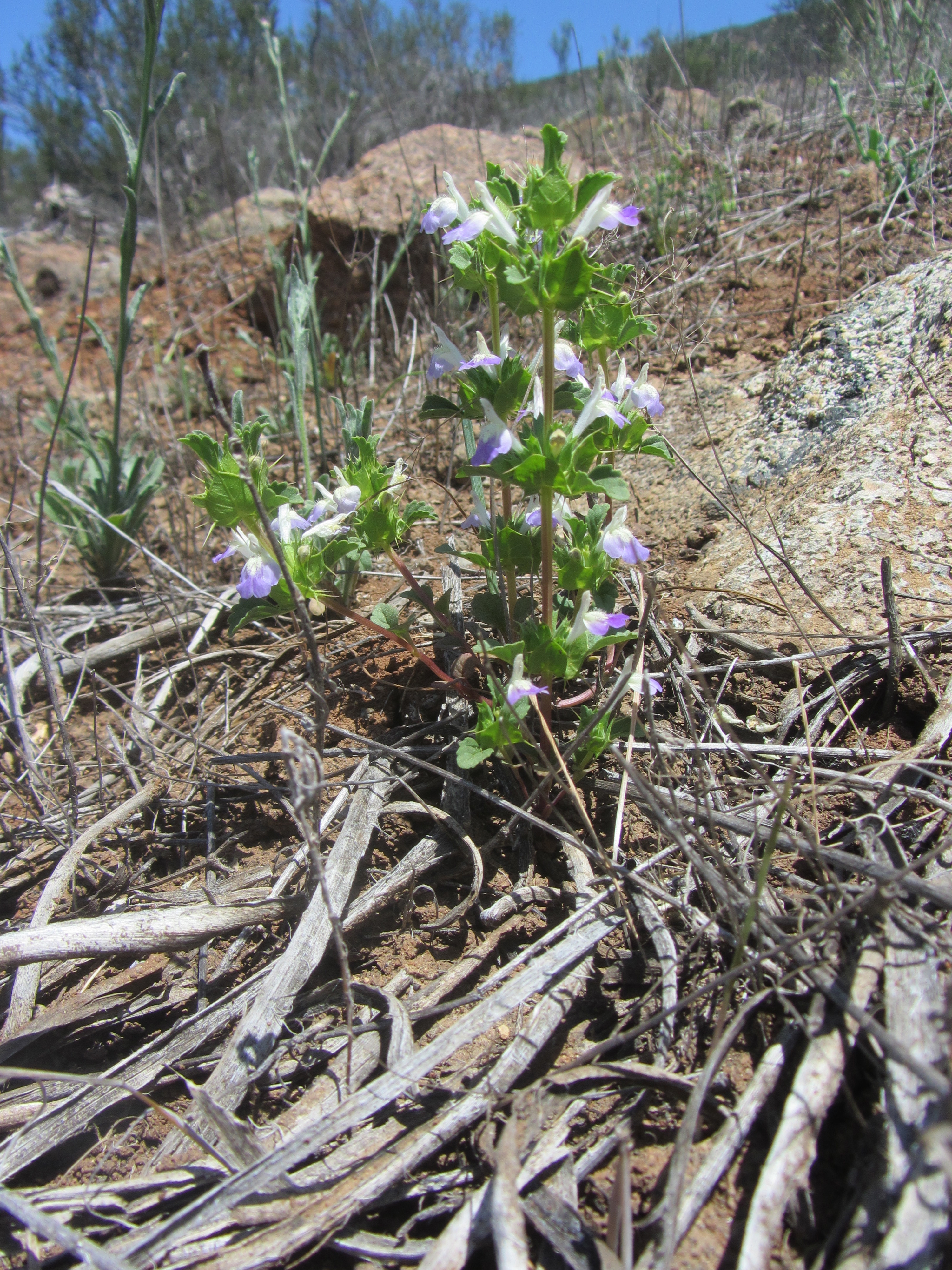 Yes, probably when I was a preserve manager.  I worked for a non-profit called The Center for Natural Lands Management.  For six years I did everything that somebody would do on a piece of property to take care of it.  I think I managed almost 2,000 acres, which is like working in a big garden.  I took care of all the listed species on the property by doing surveys and identifying and  ameliorating all of the threats to the extent that I could. I worked with the public to educate them about the different species that were on the properties and how each species was threatened.  I worked with different user groups to make sure that the preserve uses would not interfere, to the extent possible, with the listed species on each preserve.  I also restored degraded  habitats, on those preserves.  I received a very well-rounded education on taking care of the land.  I also realized that it’s very difficult to take care of the land in the state that it’s in now because humans have done so much to alter the landscape.  I’d say being a preserve manager is what helped me get the job at CBI.

What project or accomplishment do you consider to be the most significant in your career?

This one was hard because my career is not over yet.   I’ve been working for almost 20 years, not quite, and so technically I haven’t worked for even half of my career. 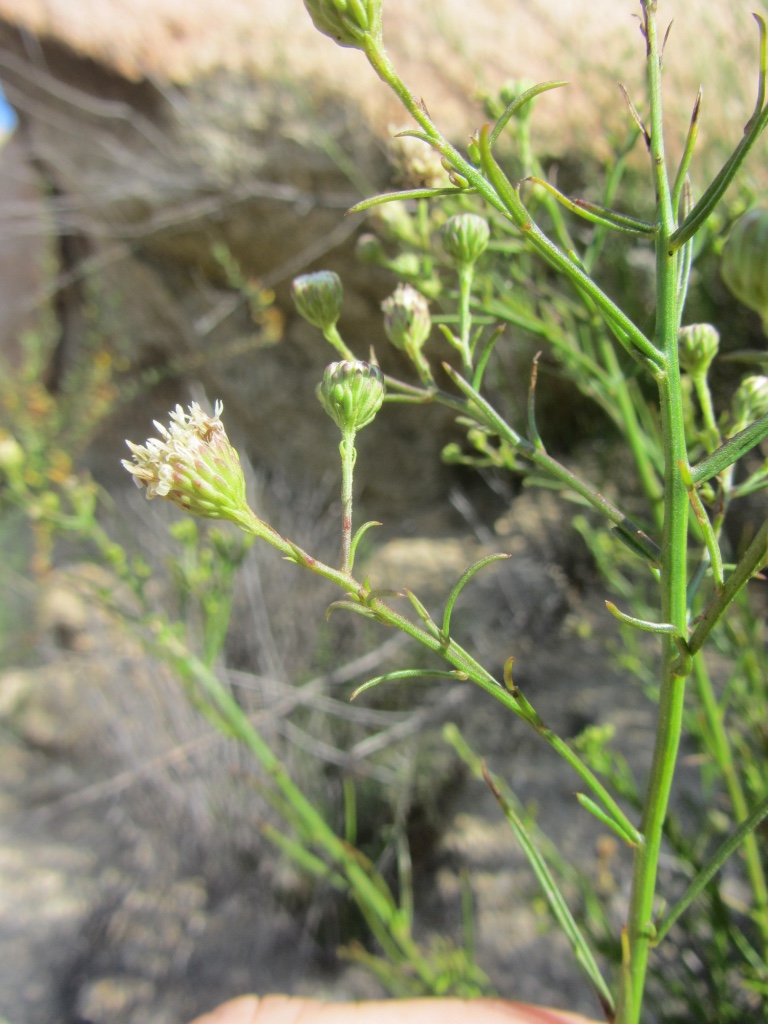 What’s most exciting is when I locate a new population of an endangered plant. For example, a highly restricted endemic species that only has, say, 10 populations and then I find the 11th population.   It’s a big deal for the species and for me.  It’s also a big deal for the scientists that work on that particular species.   I feel really happy when I find a new population because I know that it’s one step in the right direction to recovering some of these highly endangered, endemic species.

And it’s not something that many people can say they’ve done for moving forward with conservation!

What has been your hardest day of work ever?  If you’re out in the field a lot, I imagine there may be some days that are really memorable.

Well, you’d have to split it into two sections. There’s the incredibly physically demanding hard day.  And then there’s dealing with difficult co-workers, clients, etc.  But I would have to say that honestly the hardest day was last May.  I recall a  a 16 hour field day, where we hiked over 12 miles in 95 degree weather, wearing heavy backpacks. After so many preceding long field days, that day was the icing on the cake.  We both finished the day and I thought, “Oh my gosh, I need a break!”
(photo:Encinitas baccharis; photo credit: Jessie Vinje)

If you weren’t a Biologist, what would you want to be?

I guess I’d want to be a social worker for kids. 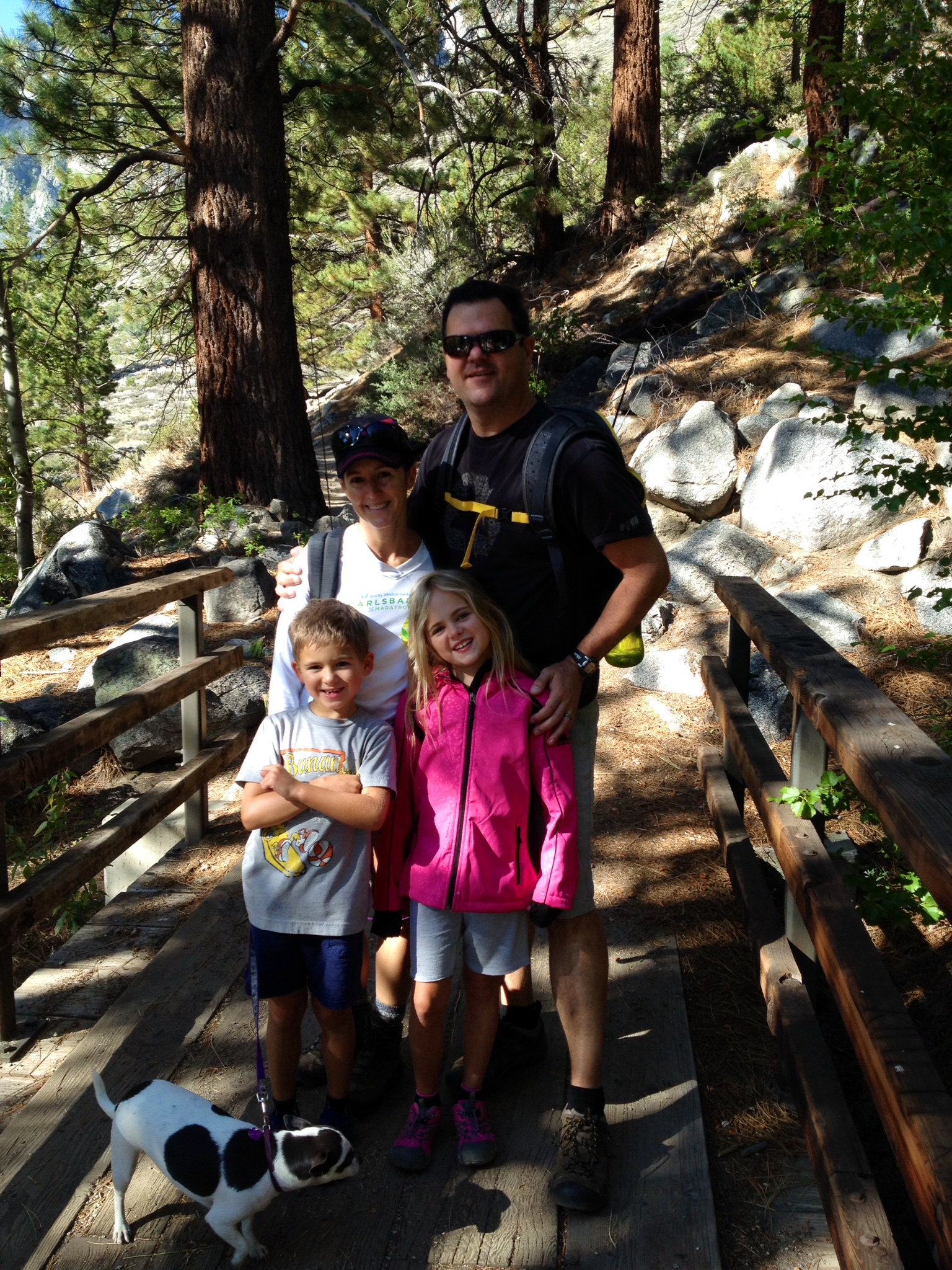 I really enjoy being with children.  I connect well with them.  I have wanted to be a foster parent and/or help children that are less fortunate than my own children.  So I guess if I had to go back and do it again, and I wasn’t going to be a biologist, I’d be a social worker.

If you received enough money to never need to work again, what would you spend your time doing?

While performing surveys and land management work over the last decade or so I’ve run into quite a few farmworker itinerant encampments in the hills and the valleys of San Diego County.  Life is very difficult for them. Most of them are illegal and very poor, thus they remain homeless.  If I had the means, I would like to try to help out.  I know that’s pretty controversial, so I’m not even sure where I’d start.  But if I had all the money in the world, I’m sure that I could figure it out.

Who is your conservation hero?

What do you consider to be the most pressing environmental issue of our time?

What is your favorite plant and why?

It would have to be the Valley Oak, Quercus lobata -  because I grew up in southern California.  That species is actually more of a central coast species, but it’s an oak tree nonetheless and they are an iconic part of the California landscape. 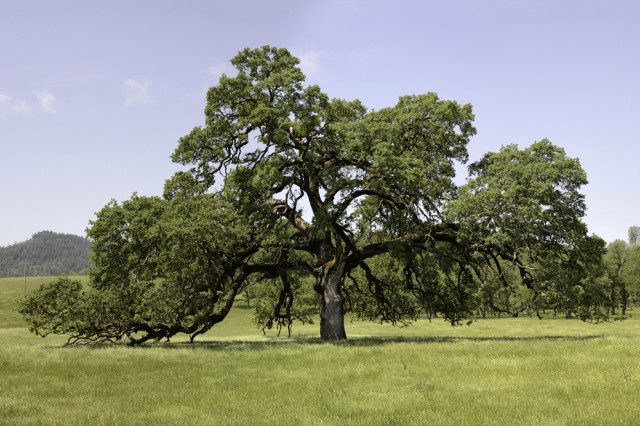 Do they bring back any certain memory, or just that they are so beautiful?

Growing up in southern California, during my childhood, we climbed in oak trees, we camped under oak trees, etc. They were always around.  They remind me of my childhood.

Tying this all together, what do you enjoy most about working at CBI?

A couple things.  The people.  I really enjoy working with the people at CBI.  They are intelligent, dedicated, hardworking, and very professional.  The diversity of projects I work on down here in San Diego County also really allows me to enjoy my work at CBI.  And then the flexibility of being able to be with my children if I need or want.   There’s a nice work-life balance at CBI.  So it’s all of those things, not just one. 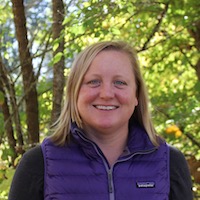 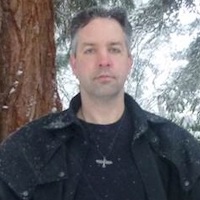 Next: The Good News Effect