Tejon Ranch and the Tehachapis Linkage

Ten years ago, the fate of the fabled 270,000 acre Tejon Ranch in California’s Tehachapis Mountains became an open question when the Tejon Ranch Company started aggressively pursuing development plans. A group of conservation organizations, including Conservation Biology Institute (CBI), dedicated themselves to working with the Tejon Ranch Company to find solutions to satisfy the Ranch’s goals and preserve the ranch’s landscape and wildlife for future generations.

and Jerre Stallcup proposed a preliminary reserve design that took into account the distribution of priority species and reflected the importance of the Tejon Ranch to conservation of regional biodiversity.  The science-based reserve design proved to be a workable basis for negotiations between the conservation groups and the Ranch.  The conservation plan demonstrated how it is possible to conserve most of the ranch while accommodating some development around existing transportation nodes and disturbed lands.

At about the same time, Wayne Spencer of CBI partnered with South Coast Wildlands Project to analyze landscape connectivity in the Tehachapi Mountains.  This study, in combination with Jerre and Mike’s work, highlighted Tejon’s unique biogeographical location at the convergence of four ecoregions (Central Valley, Central Coast, Mojave Desert, and Sierra Nevada).  The Tehachapis are a “hotspot of evolution”, with rugged topography rising from the Mojave and San Joaquin Valley to 6800’ peaks.  Very importantly, the Tehachapis form a landscape linkage between the Coast/Transverse Ranges to the west and the Sierra Nevada to the east.

Conservation Success:  Fast forward to 2008 --- jumping over many ins and outs and the pivotal roles of many individuals and organizations --- Tejon Ranch Company and five conservation groups signed the Tejon Ranch Conservation and Land Use Agreement.  This agreement dedicated 178,000 acres of conservation easements in relation to planned developments, allowed the purchase of 62,000 acres of conservation easements, and created the Tejon Ranch Conservancy to serve as a steward of the conserved lands.  Meanwhile, The Nature Conservancy as part of the Southern Sierra Partnership which includes CBI, began connecting the 18 miles of unprotected ranchlands between Tejon and the Sierra National Forest by acquiring fee title and easements over three key ranches.

This year the Tejon Ranch Conservancy purchased the 62,000 acre easement with funding from the State of California Wildlife Conservation Board.  In September, The Nature Conservancy completed the acquisition of three ranches to secure the minimum Tehachapi Linkage.  All told, 94,000 acres of prime rangeland and critical habitat were protected in three years!  CBI’s science helped point the way and now, years later, Mike White is Conservation Science Director for the Tejon Ranch Conservancy and is leading the development of a Ranch-wide Management Plan, the next milestone in this many year conservation effort.

Previous: Do we need it all? 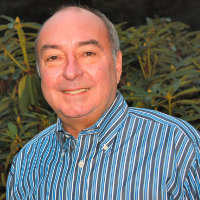